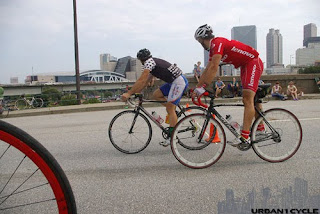 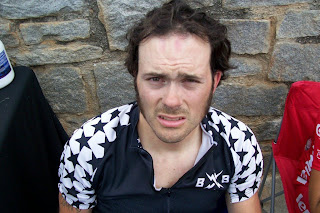 Today was interesting. Slept like a rock last night. This was my first 24 hr solo race so I didn't know how my body would react from it. I've done probably 15 12 hr races and only slept well after one. Slept like a dead person last night though. Woke up this morning feeling decent, had lost seven pounds but wasn't as sore as I thought I would be. Legs were stiff and I was tired but that was it. I was worried about my hands after seeing pictures from Eddie O'dea's race write-up last year and double wrapped my bars. That did the trick and my booty was ok due to my trusty Brooks Team Pro saddle. I even rode across town today to meet Liza for lunch. I didn't set any records on the way but I did envision being in worse shape. All my fatigue related problems were of the mental variety. I did some dumb stuff and zoned out for large blocks of time. I even built a bike, wrapped the bars, and realized I hadn't put one brake cable on it! That's gonna work well. I also needed to cut a fork, a normally routine procedure but today it took at least 30 minutes. I stood staring at it thoroughly confused as to what I should do for 10 minutes.

Anyways-
Race Report-
First off- I'll say that it was a great race. From the promoter, the participants, the whole idea of a race like that, and especially the competition! That race was way too close for a 24 hr and everyone rode their hearts out.
On to the race- High Noon Lemans start went well as I didn't break a cleat on my shoe and made it through the Chaos to the bike. Got rolling and spotted Nathan. We made our way up front to take advantage of the faster guys. That was a task in itself as it was pure chaos-flying through Atlanta at 25-30 mph, running lights, and dodging traffic with a hundred other insane people.
Soon the bike traffic thinned and Nathan and I got into a rythm. We had averaged over 20 mph the first lap and needed to back it down a bit if we were to finish the race. For the next 8-9 hrs thats what we did-nice and steady, trying different routes seeking the best way around town. We finally found a good option by using 14th street instead of the hill on 10th. Did this for 10 laps and the shallower hill really saved our legs for the later laps.

Around 9pm I got a call from Andy Johnston telling me that my name wasn't showing up on the online race tracker website. Big Problem. Next lap we pitted and went to see what was wrong. Somehow, Nathan and I had switched cards- probably when getting ready( they were both on the table beside each other- smart!) and mine had stopped working. Soo....every lap counted for Nathan was actually me and my name only showed 2 laps. Race officials said no problem- keep swiping the good card since we were wheel to wheel the whole race and we'd fix it in the morning. Having raced for a long time I was uneasy about this and hoped for the best. The officials knew we were working together and had not left each other's side so all was ok. I was stressed none the less worrying that one of us would crack, then what would we do? I guess the stronger guy would take the card and keep going.

Sometime late at night officials gave us the word that we were in a three way battle for the lead with Eddie O'dea. The mood at our camp went from " let's go do a 24 hr race and see how we do" to full gas game on. We switched back to the 10th street route then as it was faster. It hurt way more but we were in it now so it was time to suffer. We were all 3 riding blazing lap times finally meeting up on the course a few times around 3 or 4 am. Eddie put in a blazing attack that I never saw coming and that we couldn't react to. We slowly pulled it back though, just in time for another attack. They were impressive attacks and I figured that he was checking us out to see what we had so we stayed calm. Eddie has a ton more experience than I do so I was a little worried about the last 7-8 hrs as I didn't know what to expect. I knew he'd be coming on strong.

Somehow we got a 20 min gap on the next couple of laps. Everthing looked good, the sun was coming up and we were still rolling good. Then we had some problems. First, Nathan ran into the back of me and crashed while I was slowing to check an intersection for traffic. He was ok and we kept rolling- the both of us much more alert. Then, I broke a spoke in my front wheel 3 miles out from the pit. I had 28c tires on and they barely cleared the fork as it was. The wheel was so far out of true that I couldn't turn it by hand because it was hitting the fork leg. I called in to the pit and Robert had a wheel waiting but I had to get there first. I was worried because the tire was rubbing so hard that it was starting to smell and I thought it would catch on fire. Nathan told me to squirt it with my bottle- the tire sizzled and steam/ smoke came off it! I'd repeat this every minute or so to keep things ok and we made it back soon. Another problem with this was instead of doing 170-200 watts to get down the road it took 270-300. This would have implications later.
We lost 5 or 6 minutes again when Nathan had to make a poopy stop. Soon we got our rythym back and rolled on with Eddie scary close.
Then I cracked. Bad. We lost 8-9 minutes that lap with me barely making it back. I told Nathan to think about leaving me as Eddie was coming hard and I was too slow. I was totally done and having a hard time functioning. Nathan wouldn't leave though. Robert made me a sandwich and I devoured it. Nathan prodded me onto my bike and I reluctantly rolled out for what I presumed would be my last lap-22 hrs. in and blown.
The opposite happened though. I felt much better the next lap, then we turned one of our fastest laps of the race after that. I actually started to feel stronger as the time ticked by! As we rolled out for what we thought was our last lap we started to do the math in our head. Nathan told me he thought we'd have to do 2 more. I really didn't want to do 2 more but he was right, if we didn't slow up we'd have to go back out. Eddie was really close and I figured he'd probably have some motivational help out there from other local racers so we had to stay on the gas. So we did. The finish time was between 11:30 and 12:00. This means that a lap finished after 12:00 didn't count and you couldn't start a lap if you came in after 11:30. We got back at 11:17:30 and rolled out for the 33rd lap. We stopped around the corner from the start where you could see incoming riders and waited. If we didn't see Eddie coming in the next 5 minutes or so it would be impossible for him to squeeze in another and we'd win. If he did show up we'd see him and have a couple of minutes head start and be out of there. If we held him off we'd win. If we got caught we'd sit on and not work so none of us would make the time cut and we'd win by virtue of the last completed lap. Fortunately for us the time cut came and the race was over so we rolled back for 1st and 1st I guess! We rolled across the finish line together and told them we didn't care who they put as first, it didn't matter to us.
It was a good effort and a good learning experience. I learned alot about myself- especially how bad my Nurition was for this race. The next 24 I'll be much better prepared. Robert did a great job in the pit for us and had everything we asked for and some stuff we didn't even know we wanted. However, we wasted too much time. I'll need to get a more efficient pit system going- we wasted over an hour pitting and that helped to make the race too close for comfort.
Anyways-
Great race and I'm lookin forward to the next one!
DH
Posted by David Hall at 8:36 PM

Great job to you and Nathan. I rolled to Mead-Westvaco and the Naval yard to look at cyclocross venues. Both sucked. Going to go by JI this week. You still into it for this year?

Great work to both you guys. I think it would have been way more mentally taxing to do it your way than just fully solo and unsupported, the way I raced it.
It was nice racing with you. bound to run into you again somewhere I'm sure (actually we may have met at cowbell but I forgot)

Great race Dave. It's a shame we won't have a rematch in Atlanta. 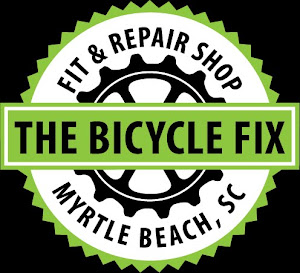 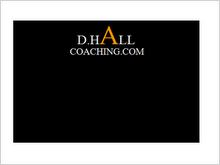